The governing senate passed a law on the diplomatic representation of business.

After almost 3 months of discussion, the Governing Senate, with 28 votes, voted for the law “On the Diplomatic Representation of International Business in Romanov Empire,” also known as the law on globalization. As indicated in the explanatory note, the influence and capital of many international corporations nowadays exceed the capabilities of most of the states that have been protagonists of international relations for many centuries. But not all states are beneficiaries of globalization. Some countries receive additional financial and human resources, and some lose them.

The long-term movement of capital between countries involves the movement of capital owners themselves and their family members. Today’s neocolonialism is based on the elite’s migration from poor countries to rich ones in search of better education, health care, personal security, and simply a luxurious, stable life.

In this regard, you can return to the unique experience of the Russian monarchy, which began its international relations by granting the status of embassies to organizations of foreign merchants: the German Quarter, which operated from the 16th to the 18th century, and Moscow English Court that existed from the 16th to 17th century.

It would definitely provide: 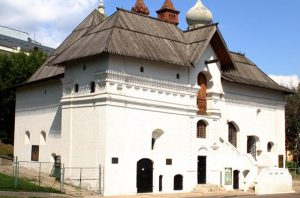